Home // News // Bringing the ‘A’ Game: AdvancedTek Teams Up with the Young Inventor Challenge to Help Bring a Young Innovator’s Board Game to Life

Bringing the ‘A’ Game: AdvancedTek Teams Up with the Young Inventor Challenge to Help Bring a Young Innovator’s Board Game to Life

Antonio Bañuelas is a 13-year old avid and decorated chess player from Frisco, Texas. Having learned to play at the early age of five, Antonio has been enamored with the game ever since and will play whenever he has the chance. The one thing he doesn’t like about the game, however, is that none of his friends ever want to play it with him. 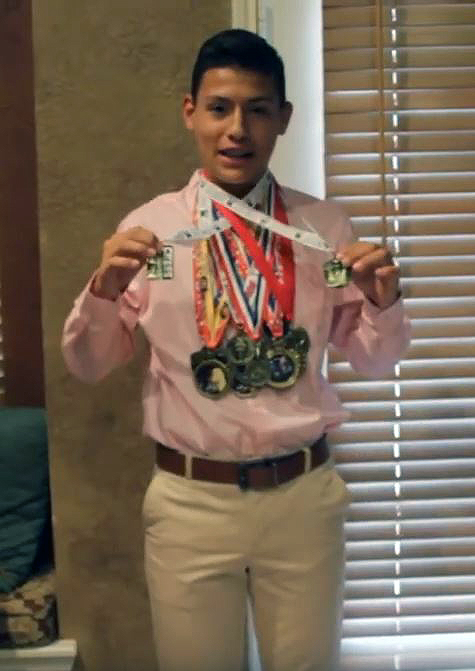 Antonio showcases medals he has earned from chess tournaments.

At age eleven, Antonio decided that he was going to invent his own board game, one that required the same skill set as chess but was less intimidating and more fun so that it appealed to a broader audience. With help from his dad, Antonio spent several months designing his game. They tested a variety of game objectives and rules using game boards and pawns created from paper and had friends and family play to provide feedback. 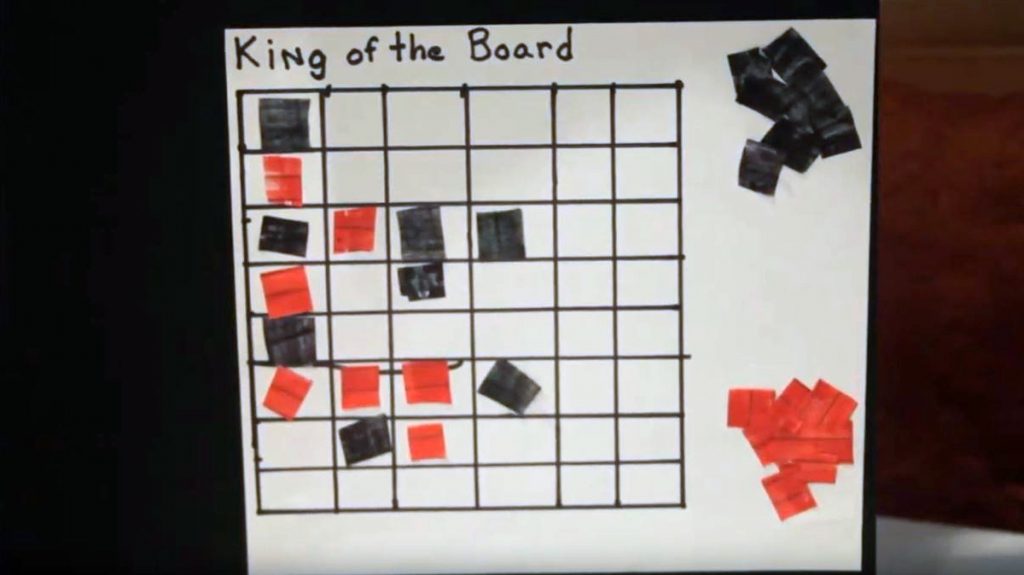 An early prototype of Antonio’s board game created from paper.

By early 2020, Antonio had nailed down the concept of his game, which he coined “King of the Board”, and upgraded his prototype to a pegboard and golf tees. The Bañuelases were very proud of Antonio’s ambition and creativity and thought the game had great potential, so they reached out to a Chinese game manufacturer to explore having it published. But shortly thereafter Covid hit, and as Antonio put it, “King of the Board became King of the Shelf.”

The prototype and logo Antonio created for his game and used in his YIC submission video.

A few months later while at a retail store, Antonio and his dad came across a board game advertised as a “2018 Young Inventors Challenge Winner”. Immediately intrigued, they returned home and went online to learn more about this challenge. They discovered the Young Inventors Challenge (YIC), now in its 15th year, is an annual event hosted by People of Play (POP), a Chicago-based group that produces a series of events promoting and celebrating play and innovation. The YIC provides children ages 6 to 18 the opportunity to pitch original inventions to major toy and game companies like Mattel, Magformers, Hasbro, and Goliath, receive valuable feedback on their invention, and maybe even win prizes and have it considered for publishing!

Group of teenagers pitching their game invention to a 2019 YIC.judge.

Antonio saw this as a great opportunity for “King of the Board”, and so he quickly got to work producing a video pitch to submit for the 2020 YIC.

Simultaneously in St. Paul, Minnesota, AdvancedTek’s VP of Sales Matt Havekost took notice of a LinkedIn post advertising the 2020 YIC posted by his connection Jazmine (Jaz) Darden who he learned was recently appointed Director of the program.  Matt had met Jaz a few years prior at Dunwoody College of Technology in Minneapolis where she teaches 3D printing courses. He had hosted Jaz and her students at AdvancedTek’s state-of-the–art TekCenter in St. Paul where he walked the students through how businesses leverage 3D printing and additive manufacturing to reduce costs and timelines in product development, testing, and manufacturing products. 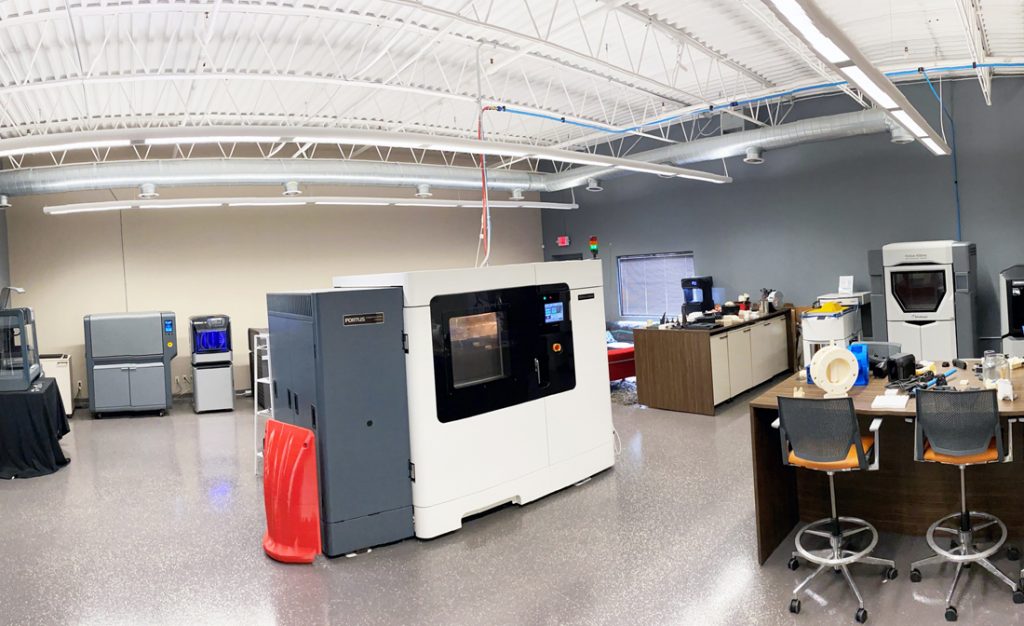 “Jaz was such a good teacher and mentor to the students and had such an infectious curiosity that it was contagious,” Matt recalls from the class visit. With Jaz in charge of an event like the YIC Matt knew it would be great, so he reached out to her to ask how AdvancedTek could support her and the young inventors. Jaz was delighted about the offer and the two discussed the 3D printing company rewarding a winner with a 3D printed prototype of their invention. Most participants build their games using household items like paper, cardboard, and borrowed parts from other board games, so receiving a professional prototype of their creation could be very exciting!

Due to Covid, the 2020 YIC was converted to a virtual event with the Awards Ceremony held online on November 21st. Antonio and his family were ecstatic when “King of the Board” was announced the winner of “Best Playful Learning Concept – Senior Division”.  He recalls, “We all went berserk! We began jumping around and dancing and my dad even cried!” 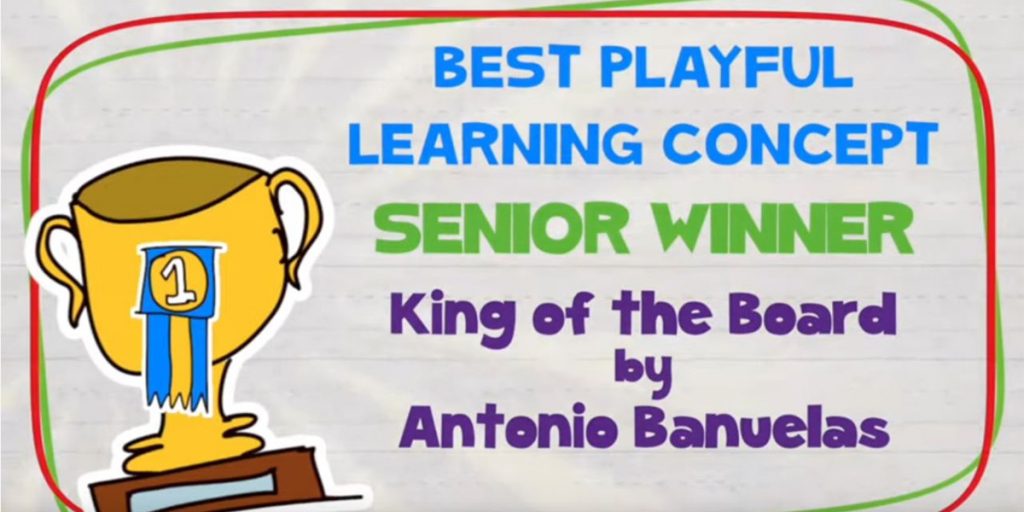 Virtual winner announcement for “King of the Board”.

During the competition’s submission process Antonio had worked closely with Jaz and learned of her 3D printing background. Interested in having his game components 3D printed, Banuelas contacted Darden shortly after his win to see if she could be of assistance. This turned out to be a perfect match for AdvancedTek’s offer to support a YIC winner, so Antonio and Jaz worked together to create 3D CAD files of the game board and pawns and sent them to Havekost for printing.

David Kadlec, AdvancedTek application engineer, chose to print the game board in production-grade ABS-M30 black on the Stratasys Fortus 450mc and the pawns in rigid Vero Pantone® matched colors on the Stratasys J850. Given “King of the Board” required more than 150 printed pawns, David ran it through the company’s PostProcess DEMI 800 Automated Support Removal System to save himself hours of manual support removal. He even posted a video about it!

Antonio was delighted when he received his 3D printed prototype. “I had no idea my life would change so much from this one experience!” Antonio expressed. “Now thanks to Ms. Jazmine, Mr. Matt, and AdvancedTek, I have an actual prototype to help the project move forward!” 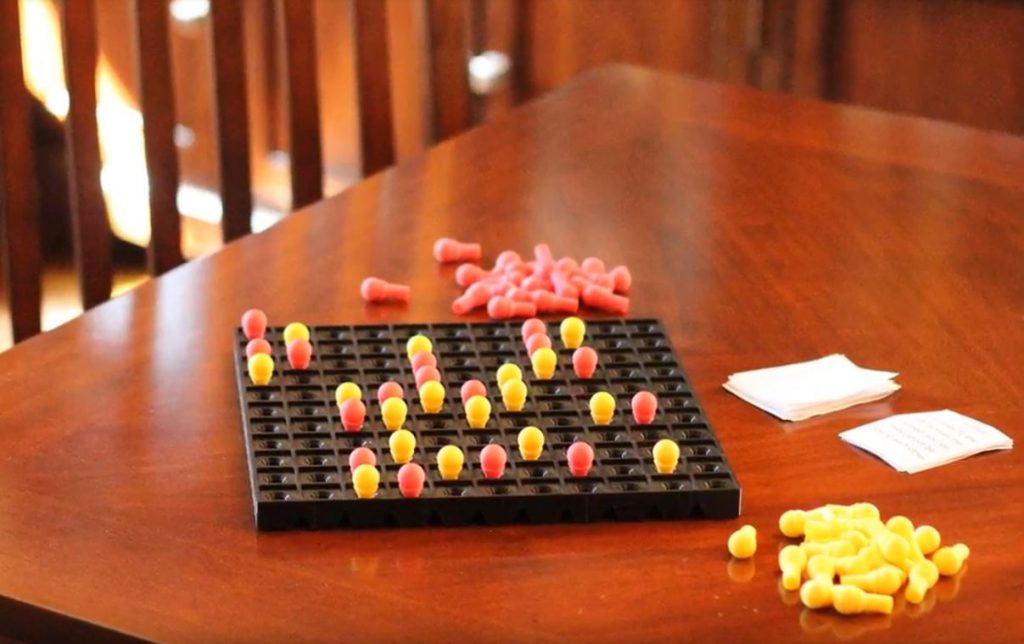 3D printed prototypes of the “King of the Board” game board and pawns. 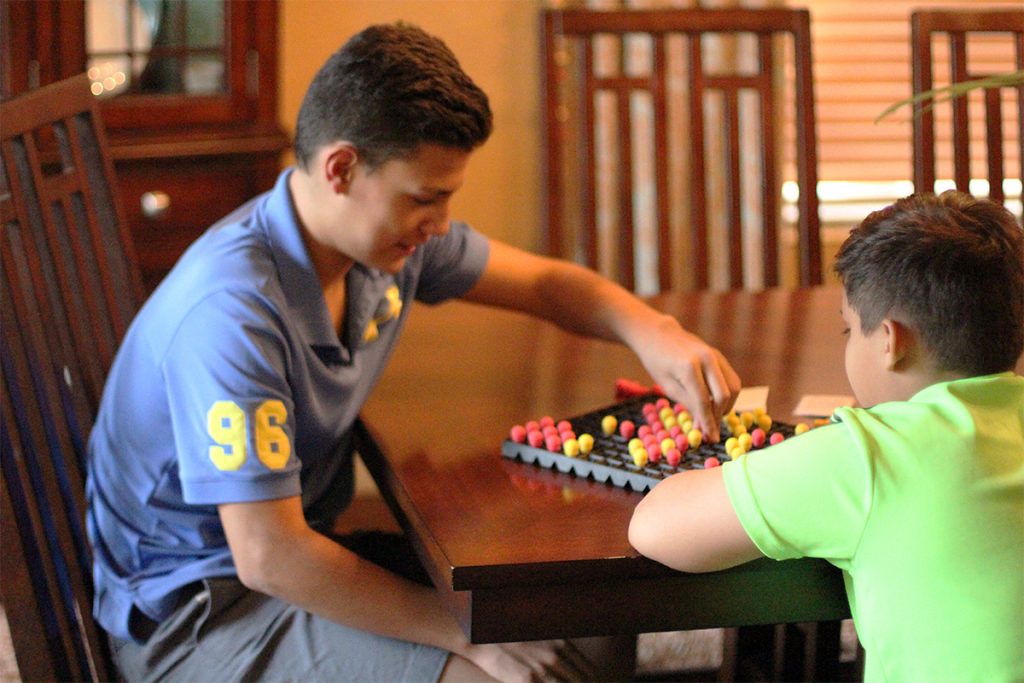 Antonio playing his 3D printed “King of the Board” game with his younger brother.

Antonio plans to launch a Kickstarter campaign for “King of the Board” and already has multiple ideas for expansion packs and custom pieces. He is also happy to report that his friends enjoy playing the game with him!

“The Young Inventor Challenge is a great platform for kids to be creative through toys and games,” comments Darden. “It has been amazing to not only have support from our sponsors but also businesses like AdvancedTek who can help bring the kids ideas to the next level!”

Havekost adds, “AdvancedTek is honored to have been able to support a young inventor like Antonio. What a great way to teach our future engineers how they can leverage technology to bring their inventions to life!”