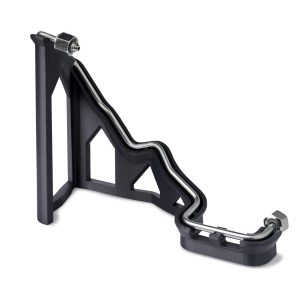 In April 2021 Stratasys released ABS-CF10, a brand new material for their F123 Series printers (F170, F270, and F370). The F123 series printers are the most popular Stratasys FDM systems on the market and can be found across design, engineering, and manufacturing locations all around the world. The F123 Series is increasingly popular in manufacturing environments, and the ABS-CF10 now gives owners a composite 3D printing material consisting of ABS with 10% chopped carbon fiber, suited for more demanding applications requiring higher strength and rigidity.

The new material is 15% stronger (Ultimate Tensile Strength) and 50% stiffer (Flexural Modulus) than the standard ABS material.  It’s also less sensitive to moisture compared to many Nylon based filaments while maintaining a high strength-to-weight ratio. 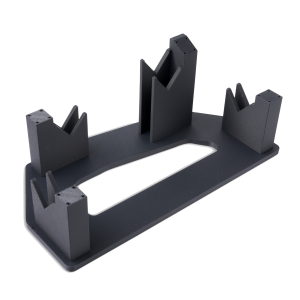 This combination of material properties makes ABS-CF10 well suited for many manufacturing applications such as:

Printer Compatibility:
ABS-CF10 is available in black and is compatible with the following Stratasys 3D printers:

Dedicated Print Head:
Since ABS-CF10 is more abrasive than standard ABS, we recommend using the new dedicated print head that is calibrated specifically for the material.  You can technically run ABS-CF10 through the standard F123 print head; however, it will cause the life of the print head to decrease faster than it is calibrated for. 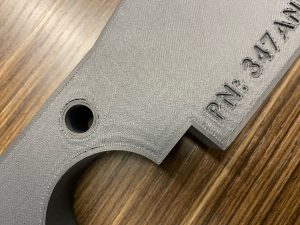 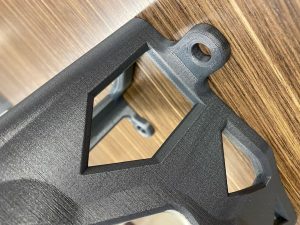 When we received our first shipment of ABS-CF10 a few weeks ago, my colleagues and I had fun (non-scientifically) comparing ABS to ABS-CF10. Watch the video below to see one of these comparisons.

ABS-CF10 is a great new tool that allows F123 Series users to print parts with higher strength and stiffness requirements, all with the familiar ease of use from a Stratasys F123 printer and soluble support. Since Stratasys released the F123 Series back in 2017, they have continually innovated and expanded the material capability of these systems, adding extraordinary value to their owners.