Home // News // Is Additive Manufacturing an Accurate Term for 3D Printing? It is Now!

1993 was the year paper printing changed forever with the introduction of the first digital color printing press, the Indigo E-Print 1000. The new technology eliminated the need to swap printing plates for each change in documents manually as it was now digital. Previously, this process was time-consuming and costly, so customization wasn’t common practice. 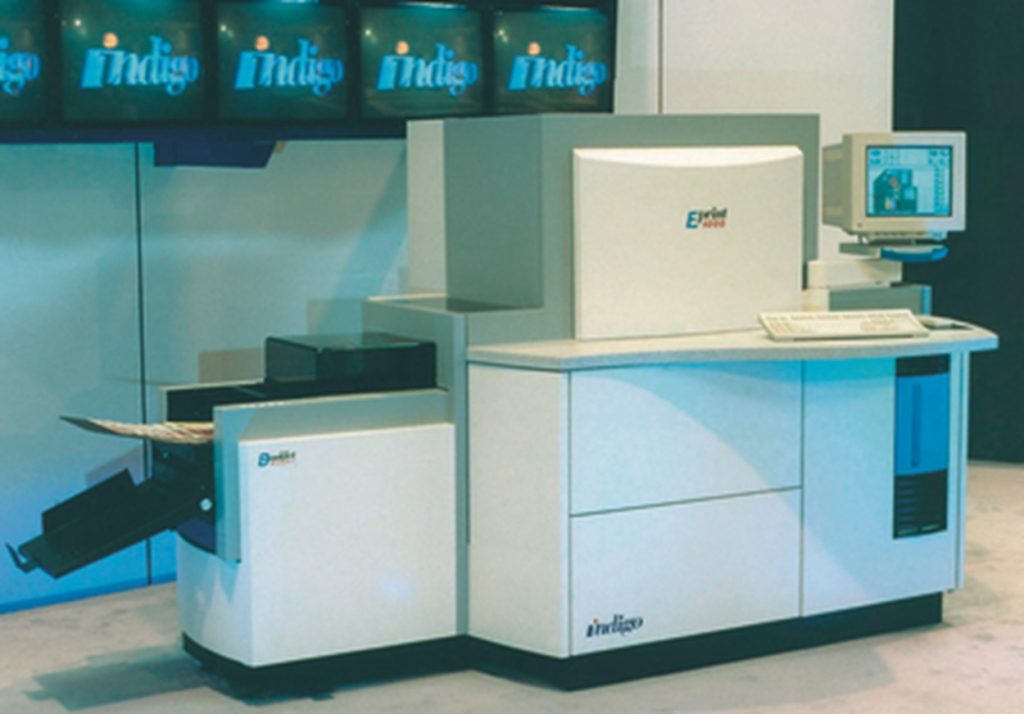 Also, in 1993, AdvancedTek (then Advanced Technology Systems) was founded by Jack Sargent to share the latest in printing technology with companies in the Midwest. Jack saw the power of customization and bringing printing closer to the point of production, which planted the seed for the eventual expansion into 3D printing.

In 1996, AdvancedTek became one of the first partners of Stratasys, the world’s largest 3D printing company, also based in Minnesota. With an initial focus on prototyping, AdvancedTek worked with companies ranging from garage startups to some of the largest corporations in the world.

Much like the digital printing press revolutionized traditional printing, 3D printing, often referred to as “rapid prototyping,” was a total game-changer that helped launch thousands of products we use in our daily lives. However, while prototyping fueled the massive growth in 3D printing, it was just a matter of time before innovations in the technology would expand beyond prototyping.

The Progressing of Prototyping to Production

Stratasys was one of the first companies to push the concept of 3D printing fabrication & assembly tools such as jigs & fixtures. Many companies who were on the fence about the practicality of 3D printing now saw it as a viable alternative to traditional methods of producing tooling in some cases. Around this time, 3D printing earned the new title of Additive Manufacturing, marking the start of the next phase. 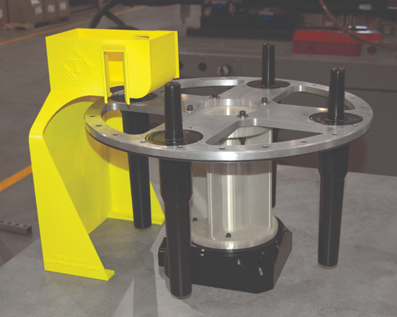 The core technologies from Stratasys (FDM & PolyJet) offer an unparalleled prototyping, tooling, and low-run manufacturing experience. That’s why Stratasys continues to invest heavily in these technologies, but they realized there was an increasing demand for serial production with additive manufacturing.

That’s when they decided to assemble the most innovative individuals and spend millions of dollars on R&D and strategic acquisitions to make serial production with additive manufacturing a reality. These efforts led to the recent release of two new technologies designed for production and manufacturing, P3 and SAF.

With the addition of these new technologies to the Stratasys lineup, companies can now utilize Stratasys 3D printers for everything from prototyping to serial production. The next phase of additive manufacturing is here.

Let’s Look at a Real-World Example

Goetz Maschinenbau is an engineering and manufacturing company based in Germany. They utilize 3D printing technologies (FDM & PolyJet) for prototyping and tooling, but their primary focus is injection molding production parts.

Much like the traditional plate printing process, injection molding is best suited for large quantities of a single design. However, because it isn’t cost-effective for low to mid-volume production or making components with any customization or individualization, quantities of 50,000 or more were often required to make production financially viable for their customers.

Because of this limitation, they began searching for a solution that enabled them to fill low to mid-volume production orders. By solving this problem, not only could they take better care of their current customers, but they could also sell to a much larger audience than before. That’s when they discovered the Stratasys H350, a 3D printer designed for production, and it changed their business overnight. 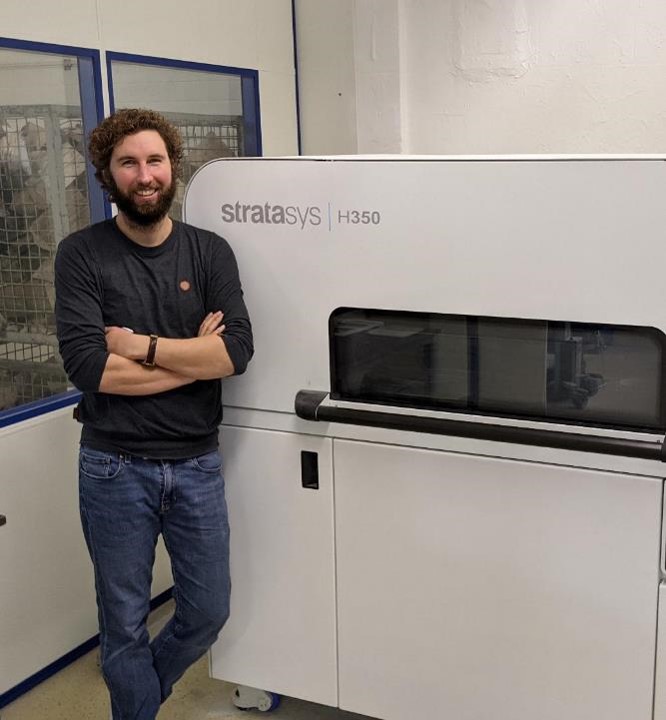 Philipp Goetz with the Stratasys H350

“We are currently manufacturing a part the size of my little finger – for small parts such as this, we are able to fit around 1,000 parts onto the H350’s build tray. Importantly, this means that within 24 hours, we are able to produce the entire order, which is incredible. Over several weeks, we can scale this up to 3D printing tens of thousands of parts quite easily, which are numbers we would never be able to realize with injection molding in such a short space of time – and definitely not at that cost,” Philipp Goetz | Owner of Goetz Maschinenbau

The team at AdvancedTek has been preparing for this new phase of 3D printing for over 20 years and can’t wait to share it with you. If you’d like to see how big of an impact these new technologies could have on your workflow, now is the time to get connected. Contact your AdvancedTek sales representative or fill out the form below to schedule a brainstorming session.